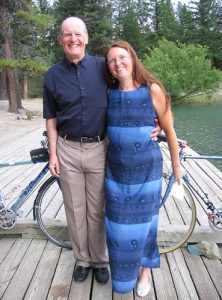 Rowan and I “met” online, on a cycling forum, in early 2003. I’m a Canadian and he is Australian. I had posted a question about the Paris-Brest-Paris, a 1200 km bicycle ride with a 90-hour time limit coming up later that year in August in France, and he replied indicating he was going. That was that. We made no plans to meet or anything.

In late August 2003, on the Paris-Brest-Paris, I was walking through the last rest stop when someone called, “Machka”, my online name. I wondered who would know that name, and it was him. We chatted for a little while then went our separate ways. Rowan continued cycling and I found a table to crawl under to nap for about 10 minutes before continuing. But over the next year we got to know each other on cycling forums.

In October 2004, I went to Australia with a friend and spent 3 months cycling around Australia. Rowan and I met again at the Great Southern Randonnee, another 1200 km, 90-hour cycling event, and then my friend and I stayed with Rowan in Hobart for a few days. My friend and I went our separate ways after that trip, and Rowan and I got to know each other better online, and through emails and phone calls.

Rowan came to North America in 2005 and 2006, and of course we did cycling events and cycling tours together. We spent a month in Europe in 2007. I went to Australia in early 2008 for a couple weeks. Later in 2008 Rowan was planning to come visit me again, and asked me to marry him when he got there. I said, “Yes”.

There’s a campground on Goldeye Lake in Alberta, just in the Rockies, that I’ll never forget … we stayed there a few days before we got married! It was lovely! We cycled and we floated on the lake in a blow-up dingy. But I ended up with wicked food poisoning from a Wendy’s in Edmonton the day before. A massive storm came up in the night and a bolt of lightning struck really close by … as in practically next to the tent. I had been lying there debating about making another dash to the outhouse when this bolt from above descended!! Lit up the tent and the immediate “CRACK” had us both sitting up and hugging each other!!!

A few days later we travelled to Jasper to look around where we would get married. We chose a dock on Lake Annette as the location, and we decided to include cycling. So we cycled a century (100 miles) first, then cleaned up a bit, and were married by my cousin (then mayor of Banff), with his wife and my parents in attendance. And our bicycles.

My father read the following passage from I Corinthians 13 at our ceremony. 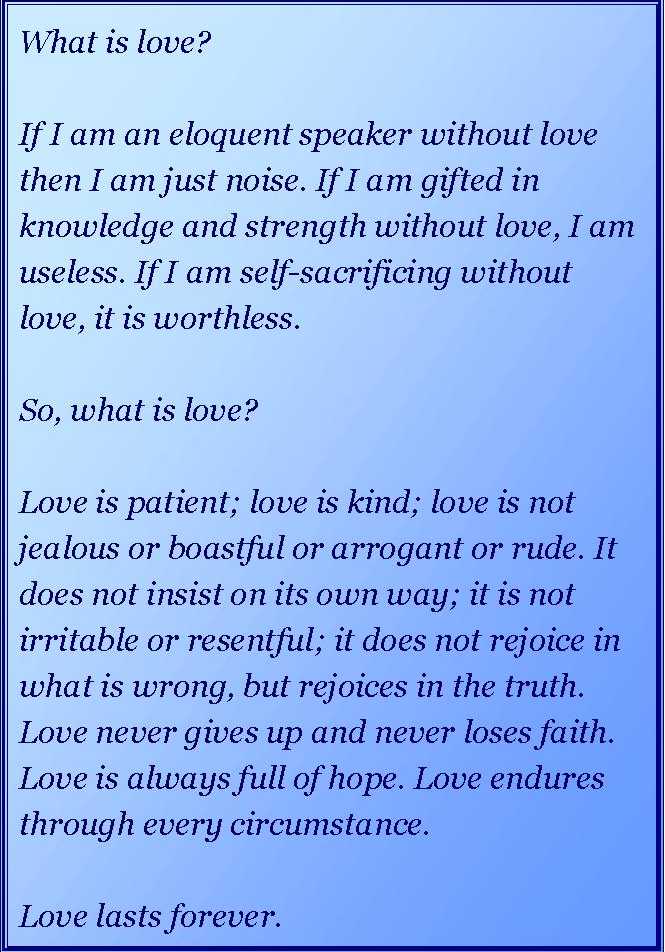 Rowan returned to Australia 10 days later, and 9 months later, I moved to Australia. During that time, I finished my Bachelor of Education … and the area where he lived was destroyed by Australia’s most devastating bushfire.

February 2009, Rowan’s place, and the whole surrounding area were wiped out in the Victorian 2009 bushfires. He had set the place up in preparation for me coming, but it was all gone, and he just barely escaped himself. Drove out through the flames.

For a while, Rowan was living in a tent trailer on the property where he worked, and I thought that might be where I would be living too … but his employer offered us a very rustic cabin on the back of the property about 2 km from “the grid”. It had, somehow, survived the bushfire. I came to Australia in June that year, and that’s where I spent my first year in Australia … living off the grid in a remote and rustic cabin!

We heated the place with a large fireplace at one end, and I learned to cook over an open fire with a dutch oven. Water came from the rain. What little electricity we used came from a generator and later solar panels.

When I was able to get a job, it was in bushfire recovery.

We lived there a year before places started opening up in a nearby town, and we found a small house with luxuries like hot running water and electricity!

When the area had more or less “recovered”, we were a bit burnt out, so to speak, so we popped everything into storage and did a Round-The-World trip for 8 months in 2012. Then in 2013 we moved to Tasmania where we’ve been since.

In 2015, I started working toward a Master of Information Technology and Systems! It was a long slog, but I graduated in December 2020.

In 2015, we both lost weight and had started to get fit. In 2016 and 2017, we started cycling longer distances and in 2018 we began training for the 2019 Paris-Brest-Paris in earnest. In February 2018, we took a holiday to Victoria which included a 200 km randonnee (long, timed bicycle ride) and a cycling tour. We successfully completed a 300 km randonnee on my birthday weekend in early March and had plans for more that year!

Unfortunately, later in March 2018, Rowan had a workplace accident which resulted in a severe traumatic brain injury. He has made some recovery but will never fully recover. As a result of the brain injury, he suffers from cognitive issues, memory loss, disabling fatigue, loss of smell and taste, double vision, weakness in his right arm and left leg and epilepsy. Then in May 2021, Rowan suffered a minor heart attack.

Fortunately, we can continue to cycle, but not the long distances we once did. Rowan has been encouraged to cycle by his doctors for all the benefits exercise like cycling offers – physical, mental, emotional and social.

I am married to a somewhat different person from the one I married back in 2008, and I’ve been plunged into the world of “carer”, a role I have never felt I was cut out for. Yet with God’s help, we are making our way through one step at a time.

Our years together have been a learning experience – adventure, tragedy, and hope.

We still love each other and we’re together. 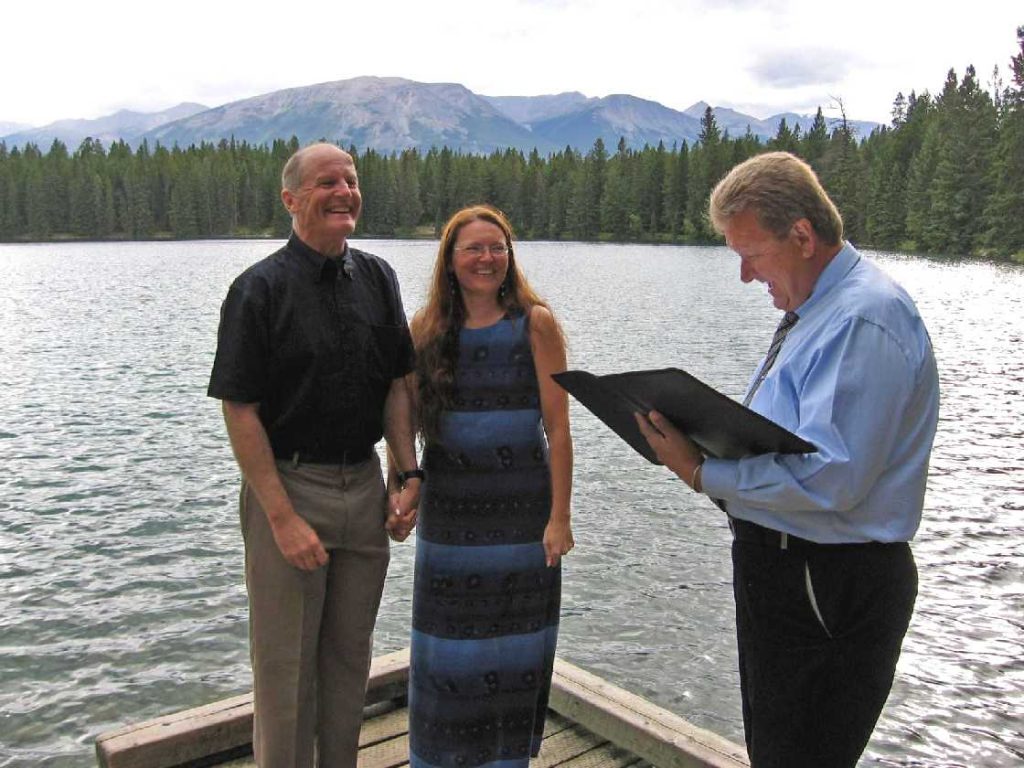